Every year at the end of September/beginning of October the most famous beer festival of the world is held in Munich: the Oktoberfest. It is not only the most famous beer festival, but also the biggest. Every year 6,5 Million people are visiting the Oktoberfest. There is a special beer brewed for the beer fest which has to have at least 13,5% alcohol and which is especially delicious. As you probably know the beer is served in big jugs of 1 litre, the so called „Maß“. The Oktoberfest has a long tradition. The first Oktoberfest was held in 1810 in honour of the marriage of a prince and princess. If you are visiting the Oktobeer you will very soon discover that is extremely crowded, noisy, full of drunken people and not very pleasant. It is not really nice. But there is still a place where the biggest beer festival can be fun: the „oide Wiesn“, the „old Oktoberfest“, is still a really nice and pleasant place. It costs 3 Euro entrance fee, but is really worth it. You can actually get a place in a tent and don´t have to get up at 5 o’clock in the morning to get a seat. The food is amazing, they even have vegetarian options, and so on… It is also nice for families. So if you come the next time to the Oktoberfest, make sure to check it out. But don’t tell anyone! 😉

Here are some impressions of it: The entrance is in the south-west corner of the Oktoberfest. That´s what it looks like: Every year, on the first sunday of Oktoberfest there is a big sharpshooter and costume parade. Most of the participants are from around bavaria and the neigboring regions, but there are also participants from all over the world. 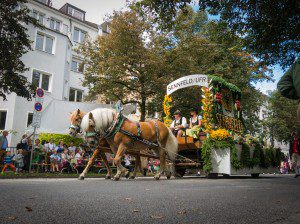 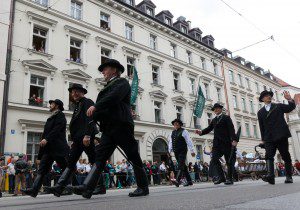 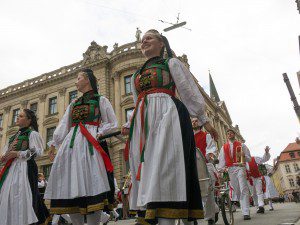 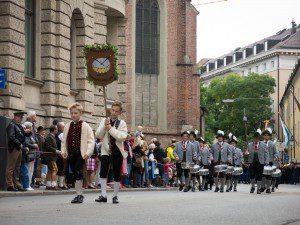 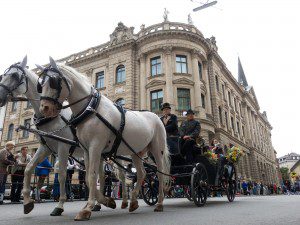 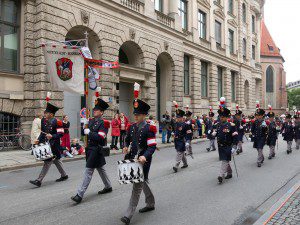 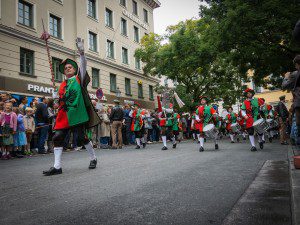